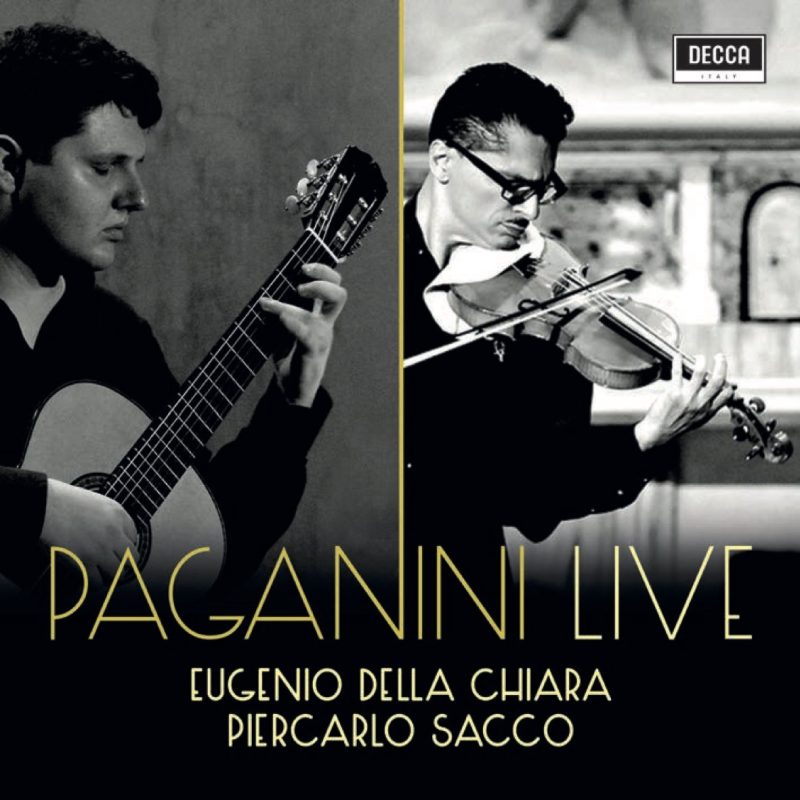 On July 5th, 2016, I played a concert with the renowned violinist Piercarlo Sacco in Pesaro, my hometown. It was a big success, and we were both happy about our performance, which luckily was recorded in its entirety. Almost two years after that event, DECCA released this live album featuring three Paganini sonatas, our concert program’s core. Among these, the “Grande Sonata” M.S. 3 – in its original version for guitar and violin accompaniment – and the “Sonata a Preghiera” M.S. 23, entirely played on the fourth string of the violin.