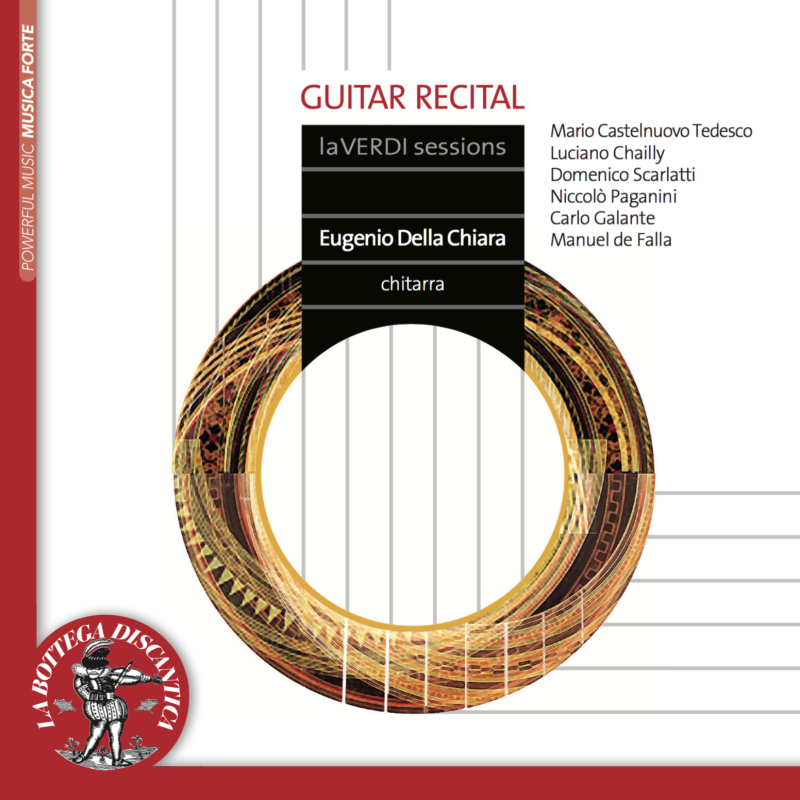 I have recorded this album on March 12th, 2015, in a three-hour session, originally a rehearsal for a recital I had to play in the following days. I was in the Auditorium Fondazione Cariplo in Milan, one of Italy’s most beautiful halls, and I only had to ask to turn on the microphones. The tracklist of this album features two world premières: the guitar Sonata composed by Luciano Chailly in 1976 and Carlo Galante’s “Elena o l’immagine d’aria”, a Fantasia inspired by the Greek myth of Helen of Troy.