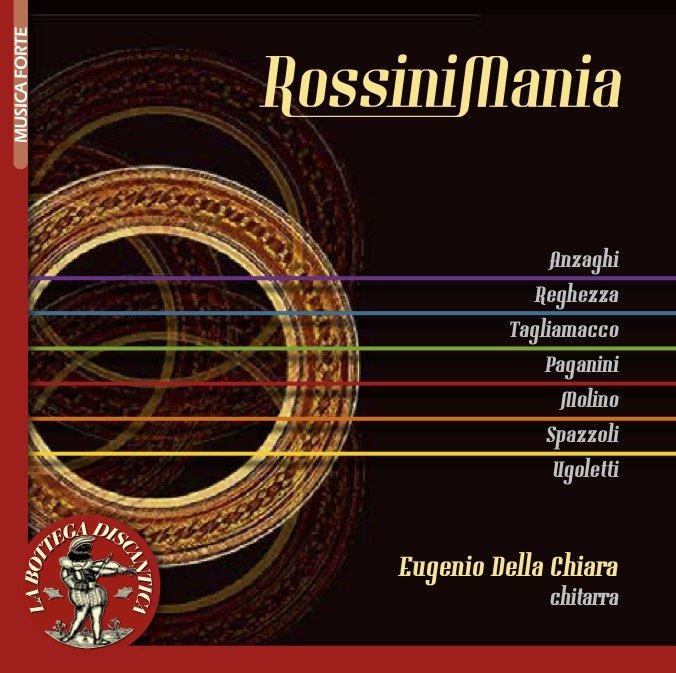 This album collects six contemporary homages to Rossini, which I premiered at the Rossini Opera Festival, in Pesaro, on August 14th, 2013. The works by Davide Anzaghi, Marco Reghezza, Roberto Tagliamacco, Pippo Molino, Alessandro Spazzoli and Paolo Ugoletti are quite different in style and form. Still, they all have a common root in Rossini’s music, which can live – even elaborated – through the guitar six strings. The tracklist also features a major work by Paganini, who was Rossini’s close friend.