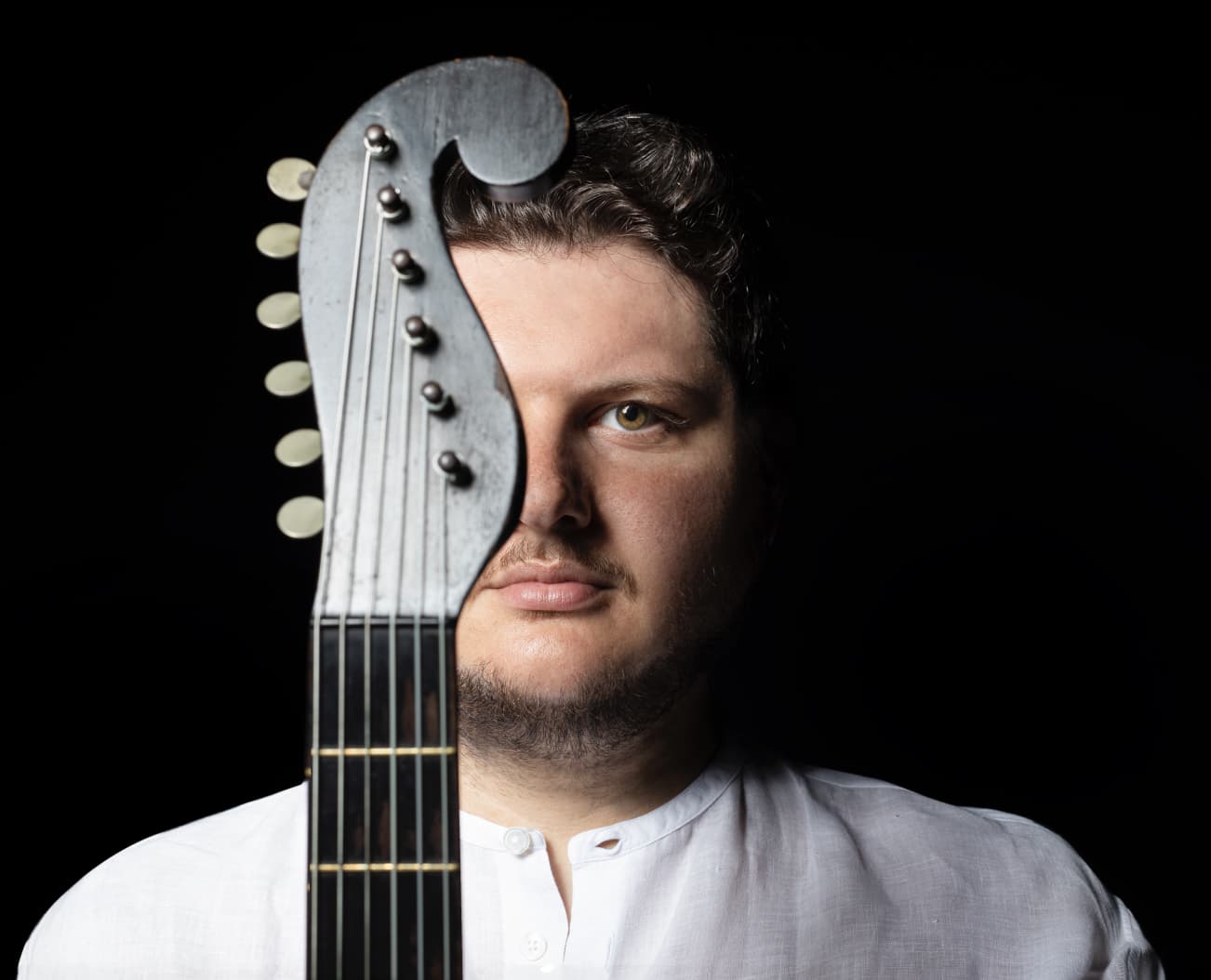 DECCA artist since 2018, Eugenio Della Chiara got his degree in classical guitar  – with top marks and honors – at the Conservatoire of Pesaro, under the direction of Giuseppe Ficara. Among his Maestros there have been Andrea Dieci and Oscar Ghiglia, with whom he studied at the Chigiana Academy of Siena.

Among the prizes he received – being the first musician to obtain this award more than once – there are two scholarships granted by the “Fondazione Rossini” he won in 2008 and 2010. In parallel with his musical studies, he completed his education in humanities at the Università Cattolica of Milan, obtaining a degree in Classical Studies first, and in Modern Philology later on.

His many concerts have allowed him to play in Japan, Austria, Germany, Hungary, Turkey, Spain, Norway, Denmark and Eire. In Italy, he has performed solo recitals for some of the main musical institutions in the country, including the Società del Quartetto of Milano, the Pietà de’ Turchini of Naples, the Valle d’Itria Festival, the Società dei Concerti of Parma, the Rossini Opera Festival and the Orchestra Sinfonica of Milano.

For DECCA he has recorded “Schubert – A portrait on guitar”, realized using original Viennese instruments of the early XIX century, “Guitarra Clásica”, an anthology that collects some rare guitar transcriptions from Haydn, Mozart and Beethoven, and “Paganini Live”, an EP live recorded with Piercarlo Sacco. Before that – between 2012 and 2016 – he recorded three CDs for Discantica and Phoenix Classics.

A passionate chamber musician, he collaborates with violinist Piercarlo Sacco, with guitarist Andrea Dieci and with pianist Alberto Chines. His interest in vocalism and musical theatre allows him to frequently collaborate with opera singers, above all with mezzosoprano Teresa Iervolino, tenors Juan Francisco Gatell and Mert Süngü. Together with Alessio Boni, he has staged “Tutto il resto è silenzio”, a reading from Shakespeare’s Hamlet accompanied by seventeenth-century English music.

He assiduously collaborates with composers belonging to different generations – such as Carlo Galante, Orazio Sciortino, Roberto Tagliamacco and Davide Anzaghi – whose more than twenty solo and chamber works were dedicated to him. He has several first-ever recordings at his credit, among which the “Sonata per chitarra” composed by Luciano Chailly in 1976 stands out.

Since 2015, he has been the artistic director of “MU.N – Music Notes in Pesaro”, a chamber music season organized by the Associazione Marchigiana Attività Teatrali. He is Professor at the Conservatoires of Bergamo and Trieste. He plays guitars by Domingo Esteso (Madrid, 1935) and Lucio Carbone (Milano, 2021).